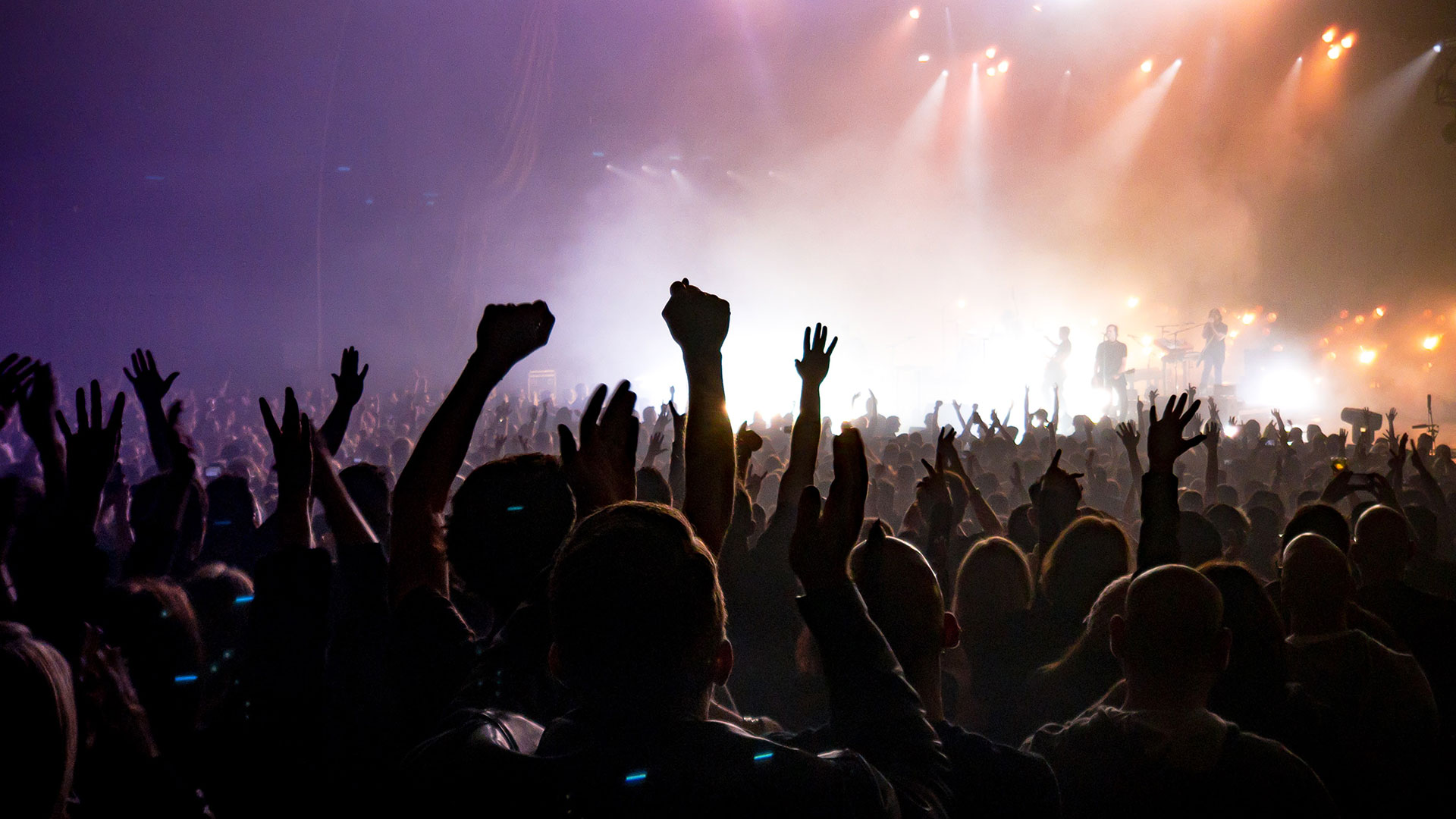 Today the live music industry body LIVE and a range of theatre businesses, including Andrew Lloyd Webber’s Really Useful Group, Cameron Mackintosh, Michael Harrison and Sonia Friedman, have commenced legal proceedings against the Government to force it to hand over the report of Phase 1 of the Events Research Programme (ERP).

The ERP is the Government’s research into Covid-19 mitigations in sport, entertainment and business conferences settings. The music industry and theatre businesses have repeatedly called on the Government to outline the scientific basis for its decision to maintain restrictions on events.

Despite portions of the ERP economic impact assessment being leaked to the media this week, the Government refused calls from many MPs in a debate on Tuesday 22 June to release the report in full.

The live entertainment sector has spent the last few months participating in, and paying for, full capacity pilot events as part of the ERP – including The BRIT Awards at The O2 arena, an outdoor festival event in Liverpool for 5,000 people, a snooker tournament at the Crucible Theatre in Sheffield and the Download festival for 10,000 people last weekend.

These events have been a huge success, according to the government itself in various press reports, showing that with proper precautions in place, live events at full capacity can go ahead safely.

But the Government chose to keep the live entertainment industry under severe restrictions from 21 June, while allowing parts of the economy that have not been subject to similar scientific studies, including hospitality, public transport and retail, to operate. The Government has also refused to publish the results from the first phase of the Events Research Programme, despite saying that it would do so on numerous occasions.

As well as declining to publish the ERP results, the Government is yet to provide any form of insurance scheme for the sector or to make it clear what kind of ongoing mitigations may be required in the future – effectively making it impossible to plan for any live entertainment business.

The short-term hit is stark. Industry research indicates that the potential four-week delay to reopening will lead to around 5,000 live music gigs being cancelled, as well as numerous theatre productions across the country, costing hundreds of millions of pounds in lost income. This devastating impact was well-known to the Government according to leaked ERP economic impact assessments. Live entertainment and theatre generate £11.25 billion in Gross Value Added each year and the sectors support just under one million jobs between them. The Government’s Culture

Recovery Fund has been welcome but very little has penetrated the commercial theatre sector in particular.

The Government has now begun to announce a third round of pilots. It is clear that these pilots are little more than a way of allowing certain high-profile events to go ahead, primarily large-scale sporting events, while keeping the rest of the sector shut.

In the legal action, lodged today, the parties assert that the Government has flagrantly breached the ‘duty of candour’ which requires it to be transparent when faced with a legal challenge and that none of the reasons given for withholding the Events Research Programme material they seek withstand scrutiny. They have asked the Court to consider their application at an urgent hearing as soon as possible.

As well as forming the basis for a reopening decision for 19 July, the Events Research Programme findings also provide a path to ensuring that live entertainment does not need to be the first to close should there be a Covid resurgence over the winter. Covid certification, plus simple mitigation measures in venues, mean that events can be run safely.

In addition to publication of the Events Research Programme reports, there are other things that the theatre and live music sectors need from Government now, in order to be able to plan for a reopening from 19 July:

Andrew Lloyd Webber said: “Last week I rejected the Government’s invitation for Cinderella to be singled out as a last-minute part of the Events Research Programme. Today, with a range of voices from across the theatre and live entertainment industries, we are forced to take it further. We simply must now see the data that is being used to strangle our industry so unfairly.

“The Government’s actions are forcing theatre and music companies off a cliff as the summer wears on, whilst cherry-picking high-profile sporting events to go ahead. The situation is beyond urgent.”

shows for the Government’s Events Research Programme, at our own cost, we have been blocked from seeing the results, leaving the whole sector in limbo with the real chance that the entire summer could collapse for the second year running.

“Even now, the live music sector has no idea what the rest of the summer brings, and we are left with a complete inability to plan ahead due to the Government’s continued unwillingness to provide some form of insurance to enable events to move forward.”

Cameron Mackintosh said: “Having been forced to close our theatres twice last year, the second time after the government encouraged reopening for Christmas, losing further millions as a result, a joint insurance scheme to protect us against another enforced closure is vital.

“Along with most of the commercial theatre we have had absolutely no direct financial help either for our productions or the upkeep of our historic theatres. Opening without any sort of protection is impossible for many producers, live event organisers and theatre buildings across the country. Having contributed huge amounts of money to the exchequer over the last few decades, the theatre desperately needs to be supported in its hour of need or the government will be responsible for the disintegration of one of this country’s most priceless and irreplaceable assets after centuries of being the envy of the world.”

Peter Gabriel, WOMAD Festival, said: “Without immediate government intervention, the festival industry is on the brink of collapse. That doesn’t mean cash, it means providing the certainty to enable us to deliver festivals, guidance on safety, and an understanding of how their timing affects us in the real world.

“At the end of this week, WOMAD will be faced with one very difficult and heart-wrenching decision. Millions of pounds of investment and the livelihood of around five thousand people are at stake. Several pilot events have been successfully run over recent months. But, like other festival teams, we need to be told what that research means for WOMAD. We struggle to understand why these trials took place if the Government can’t now tell us the results and how that will affect all of us.”

Sonia Friedman said: “The Government continues to display a wilful lack of understanding of the extraordinary value of the theatre industry, and the way in which we operate. We can only fully reopen once. We need absolute clarity on when and how we can fully reopen – to bring a show back to full production takes months in planning to rehearse and to build a box office advance.

“It is also incumbent on the Government to underwrite the potential losses riding on its words and provide an insurance scheme to theatre and live entertainment that it, readily and rightly, provided to the film and television industries. Right now, the government’s delay and lack of provision and support for the commercial sector has prohibited our reopening in full, but its dithering and lack of clarity is preventing us even being able to make a plan as to how we move forward to save the industry that we love.”

Craig Hassall, CEO of Royal Albert Hall, said: “The chronic uncertainty and endless indecisiveness from government, and pilot events with no published results, have damaged audience confidence and further harmed a sector that has already been decimated by the pandemic. For as long as venues like the Royal Albert Hall, and hundreds more across the country, are prevented from effectively operating with no justification, we cannot play our part in supporting the critical ecosystem of freelancers, small businesses and suppliers who rely on us and who are so desperately in need of work.”

Michael Harrison said: “The theatre and live event industries are operating on a knife edge because of the rules around testing, tracking and isolation. All rehearsal rooms, theatres and performing arts venues have introduced robust Covid secure measures including regular testing to ensure the safety of the many actors, musicians, stage managers and theatre makers but current guidance means that rehearsals or performances must be stopped for 10 days following a single positive test at huge expense.

“Without daily testing replacing isolation, productions will be forced to suspend or close and producers will not have the financial resource to continue with productions leaving theatres across the country dark and many out of work. These rules are yet another barrier on our road to recovery.”

LIVE MUSIC CAN FINALLY REOPEN OUR DOORS AFTER A DEVASTATING YEAR